Secrets From Some of the Healthiest People in the World 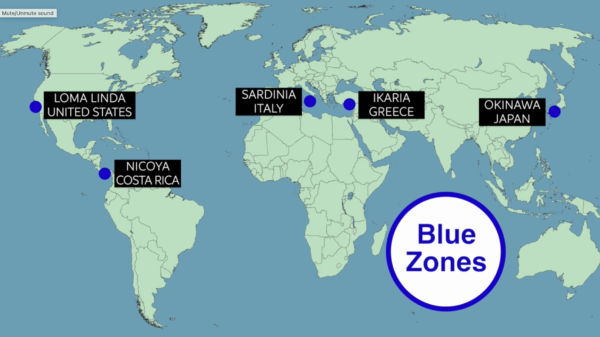 This holiday season, why not give yourself the gift of good health, and start by lowering your cholesterol. Ninety-three million Americans have high cholesterol, and if you’re one of them, you’re probably on the lookout to lower your numbers. Millennium Physician Group Family Medicine Physician Nektarios Demetriou, D.O., shares tips from some of the healthiest people in the world.

“We’ve been able to look at a number of different populations of people across the world. And we found places in the world called Blue Zones,” he says.

There are five blue zones where researchers have found people live the longest, and are the healthiest:

“They have the highest number of centenarians living there than anywhere else in the world,” explains Dr. Demetriou. “But not just living to a hundred, a hundred and healthy. So we sent researchers there to look at what their cholesterol numbers were doing, what the blood parameters were doing. Their blood was phenomenal.”

“And hopefully ultimately save some lives as a result of it by preventing a problem before it gets too bad,” adds Dr. Demetriou.

« Food As Medicine? What You Eat Could Help You Heal
Make Good on Last Year’s Health Resolutions »